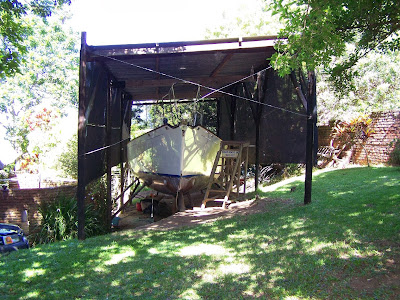 HOW IT ALL BEGAN .
I placed my order on Nebe Boats on the 19/10/1992 for what was initially planned to be a complete factory built yacht that l would sail home to Durban from Capetown once she was completed. Unfortunately due to the demise of Nebe Boats in the early days of her construction it did not turn out that way, so l decided to truck her home to Ramsgate on the KZN South Coast to finish building her in our garden at home.

For many years we could proudly boast that we had the most expensive piece of garden furniture in town, but at the time l had no idea of how massive this project would turn out to be. As anyone who has built a blue water cruiser will tell you, particularly if she is kitted out with all the systems and the equipment that a modern cruiser has onboard these days, it is a daunting task . Looking at the positive aspects of this project, l know the boat intimately in that l designed and installed the systems, so from a repair and maintenance perspective l have no issues carrying out the work that is necessary from time to time. 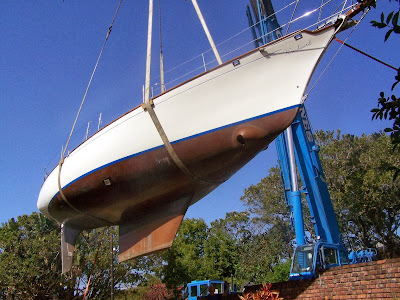 The big day arrived on the 29/8/2008 when we craned her out of the garden onto a rig to truck her through to Durban for launching . What followed was three months of preparations to ready her for the maiden voyage to our home port in Port Owen on the Cape West Coast.

We had a fast passage down the South African East Coast including a storm off the notorious Wild Coast and arrived in Port Owen in dense fog. Windward had passed her first test with flying colours and since then we have enjoyed some great sailing on the West Coast. 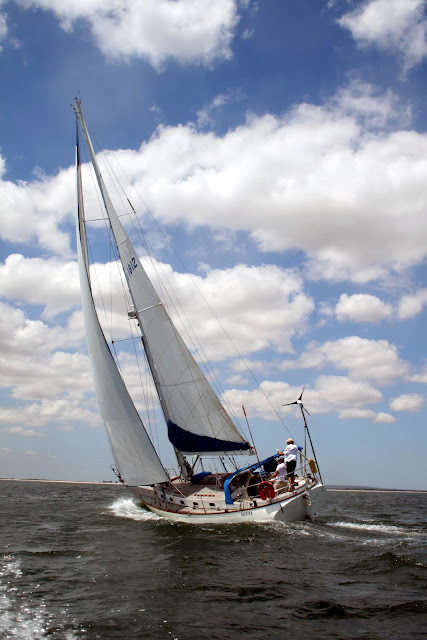 The master plan has always been to go cruising, so our plans are to leave for Brazil via Luderitz and St Helena Island at the end of February 2014. So far everything is on track although the “To Do“ list still grows each day.
The purpose of this blog is to record our adventure for ourselves, family and friends. Although it will probably end up being a brief summary of events while we are cruising, we hope you will enjoy and share some of our experiences with us.
LIVING THE DREAM .

CRUISING IN THE CARIBBEAN. 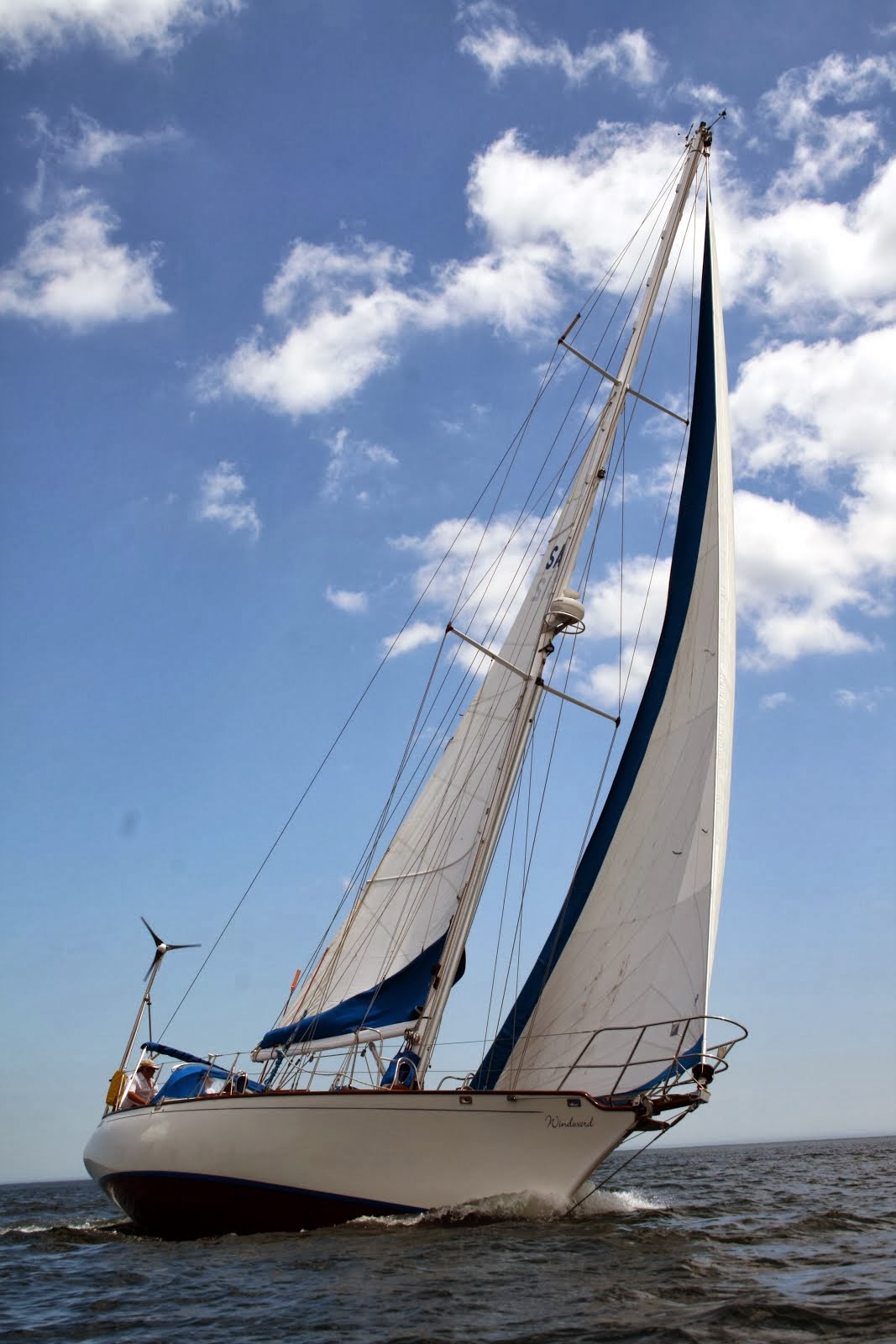